Testing the Waters, A Guide to Wrapping Your Head around the Water Market

To understand where all these trends come from, we need to go back to basics. And to do so, it is important to get to know two key scientific processes: oxidation and reduction

Is it “alkaline water” or “ionised water” we ought to be drinking nowadays? “Hydrogen water” or “Kangen water”? In recent years ever more terms, labels, brands and claims have emerged onto the water market. In the health world in particular, a craze has developed for alkaline water led by bold assertions that it can increase overall body health and improve athletic performance. Whereas some have bought into the trend, others consider it to be nothing more than a hoax. So what do these terms all mean, and is there really any truth behind them?

The Basics: Understanding Oxidation and Reduction

To understand where all these trends come from, we need to go back to basics. And to do so, it is important to get to know two key scientific processes: oxidation and reduction. Oxidation occurs when a substance takes electrons (which have a negative electromagnetic charge) from another substance. Reduction happens when the opposite happens; when electrons are given to a substance by another substance. It is oxidation which causes metals to rust, or fruits to turn brown once they have been cut open, and generally-speaking oxidation can have negative effects on the body too. Therefore, when it comes to health, doctors recommend consuming anti-oxidant ingredients that trigger the process of reduction, as part of a healthy balanced diet. This includes food and drink such as green tea, walnuts and blackberries. When reduction takes place in the body, anti-oxidant substances give electrons to substances called “free radicals” (otherwise known as “toxins”), reducing their ability to steal electrons and oxidise tissue.

Ionisation: How Does It Relate to Water?

Whilst pure water has a pH level of 7, the average glass of tap water carries a mixture of different ions which influence its overall pH level: those which carry less electrons and have a positive electromagnetic charge (low pH), and those with more electrons and have a negative electromagnetic charge (high pH). How home water ionisation devises function, is that they separate the positively charged ions from the negatively charged ions (using electromagnets in a process called “ionisation” or “electrolysis”). This produces two different kinds of water: that which has a positive charge, less electrons and a low pH – acidic ionised water; and that which has a negative charge, more electrons and a high pH – alkaline ionised water. According to the science, alkaline ionised water should therefore reduces the effects of oxidation because it can give electrons to free radicals, much like other antioxidant food and drink. The degree to which alkaline ionised water can reduce the process of oxidation is known as its “Oxidation Reduction Potential” (ORP).

Alkaline Water: Does It Really Work?

Some scientific research supports the consumption of alkaline water, getting behind the claims that consuming alkaline food and drink has a positive impact on the body – see for instance one study which demonstrated that increasing alkalinity in the body can lead to more effective excretion of toxins . However as with many scientific debates, other experts remain sceptical of such claims. One of the main concerns is that to focus purely on pH – on alkaline versus acidic – is to overlook the impact that the mineral ions themselves (which effect the pH level in the water) are having on the body. This could be good or bad depending on the individual needs and health conditions of any given person. In essence, as with all body problems, the most important thing is to investigate the underlying causes of body issues, rather than to just try to adjust symptoms such as pH levels.

Yet before dismissing alkaline water completely, it is worth considering some more of its pros. As mentioned above, with more electrons and a higher electromagnetic charge, alkaline water counters the process of oxidation. This could prove effective against tissue damage and inflammation caused by, for example, high blood sugar. Furthermore, a 2013 study in South Korea found that alkaline ionised water resulted in lower glycation levels and reduced liver damage in rats with poor blood sugar control. Whilst further human trials and research are needed, combatting the rogue molecules formed by glycation known as “advanced glycation endproducts” (AGEs) could prove to be an effective tool in preventing diseases such as diabetes and Alzheimers.

Yet while the rest of the world has been debating the pros and cons of alkaline water,  over in Japan another contender has been rapidly developing since the 1960s: hydrogen water, or Shin’nooru in Japanese. Simply put, hydrogen water is just regular pure water to which hydrogen gas has been added. This process loads the water with extra hydrogen ions which, similar to alkaline ionised water, produces an antioxidant and anti-inflammatory effect. Of all the elements in the periodic table, hydrogen (H) is the lightest and tiniest. While regular H20 does indeed already contain hydrogen, in this molecular form the two hydrogen atoms are chemically bound to the oxygen. In contrast, the hydrogen gas molecules that are added in hydrogen water are only bound to each other (H2) and are thus free to act in a range of processes. According to a 2013 review published in the journal Medical Gas Research, when consumed, this “free hydrogen” travels through the bloodstream into the cells, where it can neutralise free radicals and help eliminate them from the body. It reduces the negative impacts of both oxidation and inflammation – two process which are linked to: premature ageing, cardiovascular problems, arthritis, type two diabetes, cognitive disorders and other diseases, such as cancer. Whilst the effects of hydrogen water are similar to alkaline ionised water, researchers note that hydrogen is particularly efficacious as, unlike other antioxidants, it is particularly selective about the free radicals it tackles. A main effect it that it can neutralise hydroxyl, or OH, which is one of the most reactive free radicals in the body – emitted frequently, but in particularly high amounts due to trauma or oxidative stress.

As mentioned above, hydrogen water has been hugely popular in Japan for over half a century, where it has been used for not only drinking but bathing too. A few years ago, the Japanese health ministry gave the go-ahead for hydrogen-infused saline IVs for medical use; to help treat a range of conditions, from extreme dehydration to infections. In recent years, some people in the West have caught wind of the benefits of hydrogen water. As well as the long-term advantages, these proponents maintain that the instant effects are also palpable; they claiming that hydrogen water gives you a noticeable energy-boost directly after drinking, and speeds-up muscle recovery after exercise.

Conclusion: Free Hydrogen for a Healthy Diet and Lifestyle

Whilst alkaline ionised water has a higher pH level; hydrogen water has the presence of additional free hydrogen (H2). According to the research both can have a beneficial impact on health. Whilst more trials are still needed to determine which is more effective, one thing is for certain: the presence of free hydrogen seems to have very positive impacts on the body. As part of a healthy balanced diet, the additional H2 in hydrogen water can benefit our whole system in a plethora of ways – the full extent of which we are only just beginning to understand. It is definitely worth keeping an eye on how the research develops in regards to hydrogen water. In the meantime, it is also possible to get your own supply by either purchasing ready-made hydrogen water, or alternatively by investing in a hydrogen water generator – a machine that can be used from the comfort of your own home, to create hydrogen water on demand.

View All FAQ'sFind An Expert 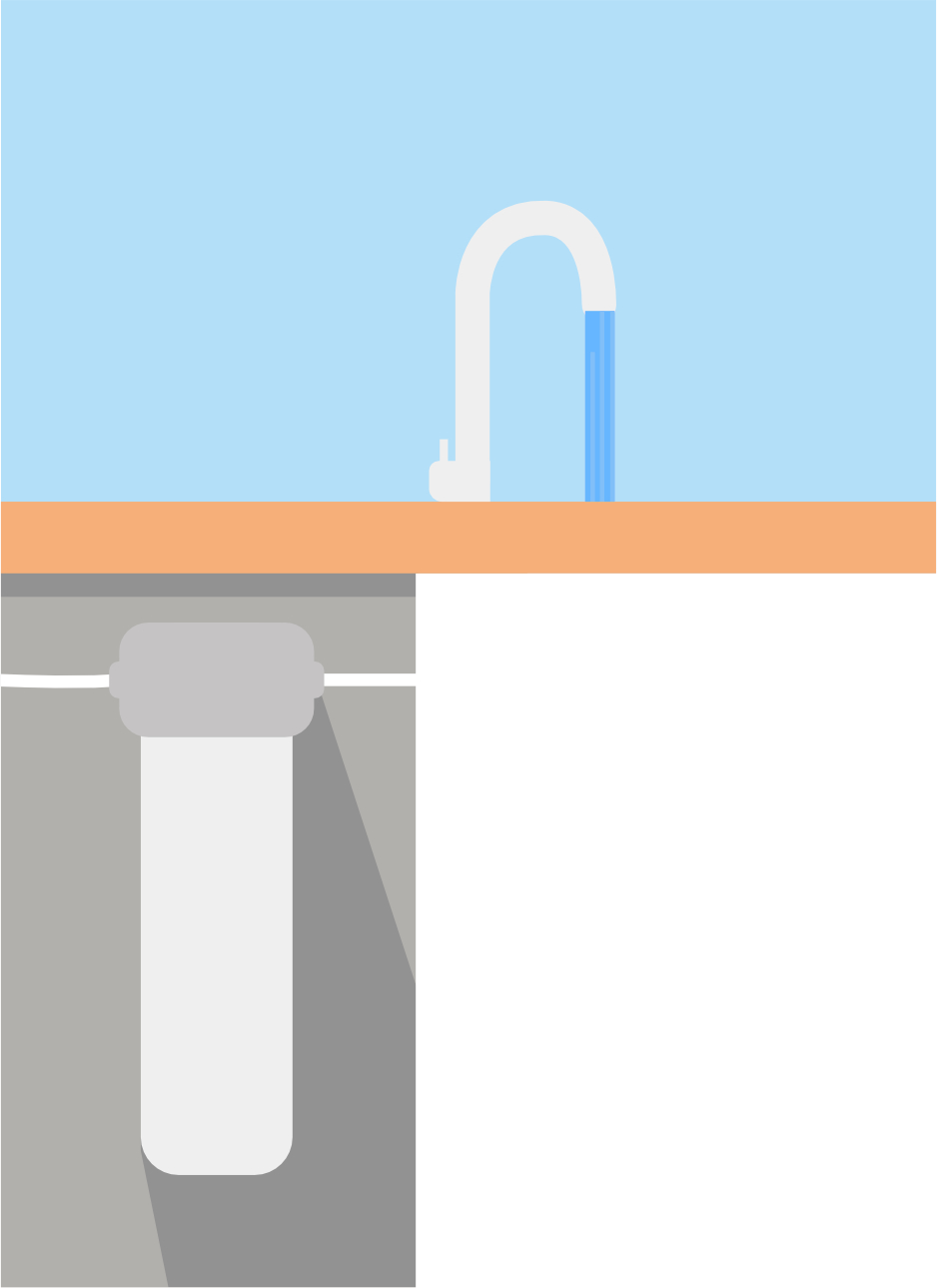 "3 Ways Not To Waste Money on Water Softeners"